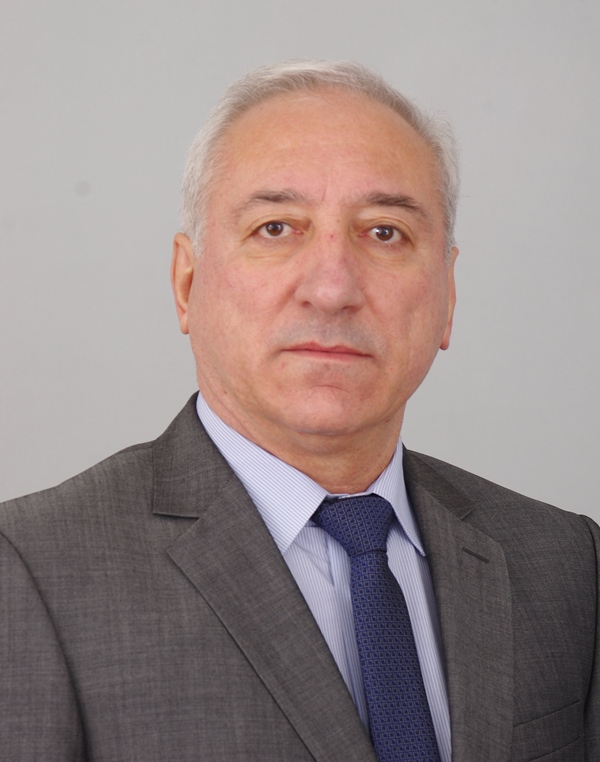 Ognyan Assenov Mihailov was born on October 27, 1957 in the town of Vidin. He has a Master's degree in "Management of public order and security of the Republic of Bulgaria" from the Academy of the Ministry of Interior. In 2017 he was а Regional governor of Vidin Region. Prior, in 2015 he worked at the State Agency "State Reserve and War-time Stocks. From 2003 to 2009 he was director of Regional Directorate of Ministry of Interior  - Vidin.

RESPONSIBILITIES OF THE REGIONAL GOVERNOR

The Regional Governor shall:

1. Ensure implementation of the state’s policy in the region, coordinates the actions of the executive authority and their administrations on the territory of the region and their collaboration with the local authority;

2. Ensure correspondence between national and local interests, organizes the working out and the execution of regional plans, strategies and programmes for local development, interacts with the bodies of local self-government and local administration;

3. Ensure the implementation of state’s policy for encourage investment in the region in accordance with the supplied to him authority with the Law on investment promotion;

4. Be responsible for the preservation and protection of state property on the territory of the region;

5. Control the lawfulness of the deeds and actions of the bodies of local self-government and local administration as: à) review the legality of municipal councils, unless the law provides otherwise; he may return the illegal acts for further debates in the municipal council or to contest them before the respective administrative court; b) he may revoke unlawful acts of mayors of municipalities within 14 days of receipt or referral, unless the law provides otherwise;

7. Liaise with the territorial units of the central administration executive authority  in the region;

8. Coordinate and monitor the implementation of acts and actions of the heads of territorial units of central administration of executive authority in the region;

9. Coordinate and monitor the activity of territorial units of ministries and other bodies carrying out administrative services in the region, irrespectively of their  hierarchical subordination;

10. Lead information policy, which guarantees clarity and accessibility of the activity of the administration he heads;

15. Be responsible for organizational and technical preparations for elections for state and local authorities and members of the European Parliament from Bulgaria in the region;

16. Prepare the economy and population in the area for defense and organizes the defense related tasks in accordance with the Law on Defense and Armed Forces of the Republic of Bulgaria;

19. Be responsible for the maintenance of public order within the authority given to him by law;

20. Organize and conduct activities to protect the population, cultural values, valuables and environment in case of disasters;

22. Be responsible for the international contacts on regional level;

23. Confirm the job descriptions and responsibilities of the regional officials that are directly subordinate to him and the Secretary General;

24. Be responsible for the implementation of finance management and control over all programmes, activities and processes led by him in accordance with the principles of legality, good financial management and transparency;

25. Issue penal provisions for the imposition of administrative penalties as provided by law  or other act cases;

27. Send on business trip in the country and abroad by order, when expressly authorized, the deputy governors;

28. Send on business trip in the country and abroad by order civil servants and officials employed of Regional administration;

29. Confirms the official seal of the regional governor, which is round in shape, as well as other seals for office needs;

30. Approve the internal rules for electronic and paper documents turnover corresponding to the specific nature and circumstances of Regional administration activity;

31. Ensure the development and implementation of administrative information system (AIS) in Regional Administration;

32. Perform other rights conferred upon him by law or by Council of Ministers act;

33. Create and manage councils and committees in the execution of other functions assigned to him by law or by Council of Ministers;

(2) In carrying out his authority the governor may create public boards and commissions as advisory bodies and working groups to solve specific tasks.
(3) The regional governor shall issue orders within the limits of his legal authority.